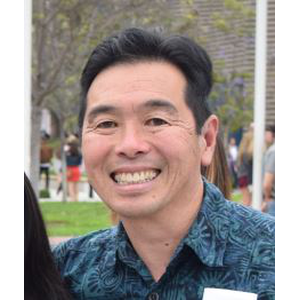 I have conducted genealogical research for over thirty-five years, focusing on West Coast and Asian immigrants. My specialties include Asian Americans, with particular knowledge about "paper sons" and "paper daughters" and other Chinese immigrants, the World War II Japanese American experience and Japanese immigration, and the development of Asian American communities. I've spent many days researching at National Archives offices and obtaining information from U.S. Citizenship and Immigration Services. I have also explored the history of California migrants to the Gold Rush, railroad workers, and other times.

In the late 2010s, I was part of the research team for a film about the Chinese who survived the wreck of the Titanic, called The Six. It was released in 2021. I have spoken to genealogical societies, museums, colleges, and libraries in California as well as online to the New York Genealogical and Biographical Society. My topics which I presented at the 2022 National Genealogical Society in Sacramento were "Angel Island and Its Immigrants from Over 80 countries," "Chinese Railroad Files of the Mid-1800s," and (online) "An Introduction to the World of Asian American Genealogy."

I have greatly enjoyed working with my own family members to learn about my ancestors and with new friends to help them learn about their own stories. I also work in the nonprofit sector, including exploring stories of Angel Island and other West Coast immigrants through past and current volunteer and staff work with the Angel Island Immigration Station Foundation. In 2022, an exhibit I researched and served as co-curator for opened at the Angel Island State Park. The title is "Taken From Their Families," and it is about the internment of "enemy alien" Japanese immigrants from Hawai`i and the West Coast who were detained on the island.

I live in Northern California with my family and cats, and enjoy bicycling and the outdoors. I'm happy to work with people from all over the world, even if I might not meet you in person right away.

I provide extensive general genealogy research on information such as development of ancestor and relative charts, identification of ancestors, descendants, and other relatives, families' immigration and historic experiences in America including during World War II, and much more. My clients have included individuals, families, attorneys, and filmmakers. I can often determine the location of one's home villages or regions. Particularly relevant to Chinese immigrants, where families have had to use "paper names," I can try to research families' "real" names where necessary. I also work with a network of experts who can help do legwork in locations such as China and Japan. You can see some of my own research at www.tonaidin.net (not yet mobile friendly).

My other life involves working as a resource development consultant with nonprofit organizations here in the San Francisco-Oakland Bay Area.