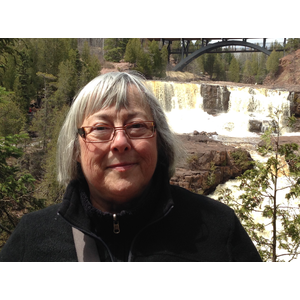 Lois specializes in American and English research. She has three degrees in history from Brown University, and has completed the NGS Home Study Course, ProGen study groups (ProGen 5), and about a dozen weeklong sessions at the Samford Institute of Genealogy & Historical Research,  the Genealogical Research Institute of Pittsburgh, the Historical Society of Pennsylvania, the New England Historic Genealogical Society, the International Society for British Genealogy and Family History, and the Salt Lake Institute of Genealogy.

Lois is Registrar for the Minnesota society, NSDAR and 1st Vice President of the National Society of the Colonial Dames of America in the State of Minnesota, as well as past Registrar for the Lake Minnetonka chapter, NSDAR, and NSCDA Minnesota.

She was a founding member of the Minnesota Genealogical Society DNA Interest Group and continues as one of the group's coordinators.

She served as Education Chair for the Minnesota Genealogical Society from 2009 to 2014. She was a member of the MGS board of directors from 2010 to 2012 and First Vice President from 2013 to 2014. In these capacities, she  co-chaired MGS conferences from 2011 to 2014, and taught numerous courses and classes. She received the MGS North Star Award for genealogical writing, research, and education in 2011 and 2021 and the Founders Award for visionary leadership in 2013.

She was a founding member and two-term president of APG's Northland chapter. During her presidency the chapter received APG's Golden Chapter award.

Lois offers in-person and online presentations, classes, and seminars for genealogical and historical societies, libraries, and other groups in the upper Midwest.