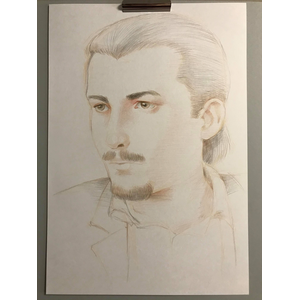 An Engineer by profession specialized in Quality, Safety and Environmental Protection, Erik Andrés Reynoso y Márquez belongs since the year 2012 to the most ancient nobility institution of Spain as Señor Caballero Divisero Hijodalgo del Antiguo e Ilustre Solar de Tejada (Lord of the Solar de Tejada). Diploma in Genealogy, Heraldry and Laudatory Law by the Real Asociación de Hidalgos de España and has an experience of 14 years in Genealogy, Nobility and Heraldry.

Author of the book “La Casa de Reynoso: estudio de un linaje castellano” (2018)/"The House of Reynoso: a study of a Castillian lineage", book prologued by His Excellency Francisco López Becerra de Solé, Duke of Maqueda, Marquis of Astorga, Lord of the Solar de Tejada and Grandee of Spain.

Has collaborated with articles for the on-line magazine Numen: Revista de Excelencia directed by the Count of Bobadilla and in the blogs of the municipalities of Reinoso de Cerrato and Autillo de Campos.

Has an extensive experience researching European, American and Sephardim Genealogy.

Dossiers for Nobility Institutions and Orders in Spain as well as International ones (Order of Malta, Constantinian Order and Order of the Holy Sepulcher of Jerusalem).